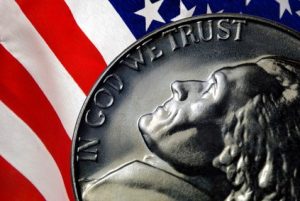 Should politics and religion mix? Actually, for Americans that might not be the right question to ask. The fact is, religion and politics already do mix in the U.S., making the right question more like “How do they mix, and what does it mean?” The answers could be unsettling. New research from the University of Texas at Austin suggests that many religious messages affect people’s political opinions subconsciously, even among those who don’t want religious language in political speeches.

Despite the “disestablishment clause” in the U.S. Bill of Rights, which is often interpreted to mean that church and state must be kept separate, the United States has a long tradition of mingling political ambitions with religious piety. It’s common wisdom that a non-religious person would stand no chance of being elected President, for example. And in state, municipal, and federal elections across the country, politicians sprinkle their speeches liberally with allusions to the Bible, their (usually) Protestant Christian faith, and God.

Of course, not everyone is thrilled by the prominence of God-talk in the national political sphere. In a recent Pew survey, 29% of respondents complained that there was too much religion in civic and political discussions. But in general, politicians appeal to faith because they know it works – somehow, talking about God helps connect with voters.

Bethany L. Albertson, a scholar of U.S. government at UT-Austin, wanted to learn more about how the faith-politics connection works in American life. Drawing from extant research on “implicit attitudes,” she surmised that people may be affected by religious language subconsciously. Implicit attitudes differ from explicit attitudes in that we’re not aware we have them. For example, while most people in 21st century North America claim not to be racist, psychological testing often shows that people hold unconscious, implicit biases against minorities. In a similar way, since many Americans have strong, positive exposure to religion from an early age, hearing Bible quotations in a speech might activate their unacknowledged associations and make them more positively inclined to the politician giving a speech.

Alberton tested this hypothesis by having a large group of psychology students take a measure of their implicit attitudes. First, they were given a speech to read, which they were told was by either George W. Bush or Bill Clinton. (It was actually from one of Bill Clinton’s Saturday radio addresses during his presidency.) One version of the speech included a quote from the New Testament, while the other was free of religious language. After reading the speech, the participants were asked to match sets of positive or negative words with the names of George W. Bush or Bill Clinton. The test measured implicit attitudes using the amount of time it took respondents to correctly match words. If it took longer to place a positive word in the column labeled “Bill Clinton,” for example, that would mean that respondent might have an unconscious negative bias against Clinton. Scores averaged out over dozens of responses showed persistent biases and preferences – even preferences that respondents themselves might not know they had.

Perhaps unsurprisingly, it turned out that students who were currently Christians showed greater preference for the president whose speech they had been told they read when that speech included religious language. This was true across party lines – Christian Democrats who read what they thought was a speech by George W. Bush showed more unconscious approval of Bush when the speech included a Bible quote.

Interestingly, though, the effect also held for those who had been raised Christian, but who had since left the faith. Even students who no longer identified as Christian appeared to be positively affected by Christian religious messaging, almost as if the religious language were unlocking a code in their minds. This finding matched Albertson’s hypothesis: since implicit associations are often formed in childhood, people who had been raised Christian apparently still unconsciously retained their positive associations with Christianity their parents and church leaders had taught them, even if they had since consciously rejected those teachings.

Finally, religious language also helped politicians among respondents who explicitly said they wished there were less God talk in contemporary politics. That is, current or former Christians who, at the beginning of the survey, stated that they thought there was too much mixing of religion and politics in America today still showed a positive implicit association with religious language.

Albertson interpreted her results to suggest that a large proportion of political messaging may bypass our conscious awareness, instead triggering unconscious associations. In a country where a strong majority of the population is still Christian (despite some possible trends otherwise), this means that politicians who rely on Bible quotes and religious language probably have an advantage, even if only unconsciously, over those who don’t.

Of course, Albertson’s study also showed that there were no positive effects for the Bible quote among non-Christians or unreligious respondents. This raises the question: are politicians using the Bible as a religious text, or as a highly sophisticated psychological tool? The answer is probably both – politicians in America tend to be genuinely religious, just like the populace, but there’s no denying that people running for office will do or say what it takes to win. In America today, that often means pulling a well-timed quote out of the New Testament. It just seems that those quotes are sailing over our conscious minds, to be received instead by the mysterious depths of the unconscious.