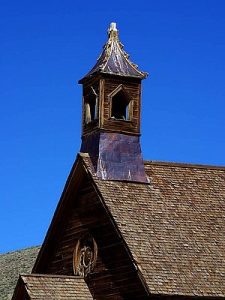 Religion as means does not stop at worldly advantages. If someone is religious simply out of fear of hell, then that person also sees religion as a means to an end. The same applies for religious observers who attend to all their religious observances so that when they pray their prayers will be fulfilled. In short, anyone who follows religion for any other purpose other than purely for the sake of the religion itself primarily has a “religion as means” outlook.

In sharp contrast, those who see their religion as ends see it primarily for the sake of the religion itself. Winning elections, social acceptance, avoiding damnation, and fulfilled prayers may be nice and all, but nothing of the sort drives the motivation for religion in the “religion as ends” person. It’s very much like a scientist who does science not for fame and possible fortune but for the sheer pursuit of knowledge. The problems and wonders of the physical world engulf and captivate this scientist, who eagerly seeks to unravel the world’s mysteries. In exactly this way, the universe has engulfed and captivated the person who sees religion as an end, but in a different way: rather than exploring the universe through science, this person explores the universe through religion. Religion provides key answers to deep questions.

It’s important to note that all three of these poles are independent of each other. That is, being high on the external scale does not guarantee that one will be low on the internal scale or on the quest scale. All three are separate scales, and Batson and Ventis measured them as such.

So who was more religious: the person who never attends church or the person who goes primarily to socialize? According to Batson’s and Ventis’s three-dimensional scale, the former may have a quest or ends religious orientation while the latter has a means orientation. Batson and Ventis are quick to point out that no pole is superior to another, i.e., scoring high on quest does not make one somehow the purest or truest religious follower. It would be just as wrong for the ends person to condemn the quest person as the quest person to condemn the ends. They are merely different ways of being religious. Which pole best describes you?