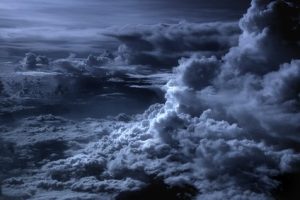 In general, the stereotypical religious conservative understands God as ready to punish those who sin. By contrast, the stereotypical religious liberal views God as ready to forgive anyone and everyone. These views need not be completely incompatible, but each view has a different emphasis: one on justice and the other on love. Psychologists Azim F. Shariff (University of Oregon) and Ara Norenzayan (University of British Columbia) have found that the former conception of God rather than the latter correlates with increased moral behavior.

They sought to resolve a dilemma in the field of psychology: on the one hand, studies have shown that religion facilitates cooperative behavior and discourages individuals from taking advantage of their group. On the other hand, empirical studies have found scant evidence that religion actually produces more ethical behavior (and a few studies suggest that religion results in unethical behavior). Shariff and Norenzayan hypothesized that only a certain religious outlook will yield morally outstanding behavior. More specifically, they hypothesized that those who see God as punishing will be more morally upright (as opposed to those who see God as all-loving or who do not believe in God at all).

To test their hypothesis, they designed an experiment in which participants would have the opportunity to cheat (a test of ethical behavior). They lied to the participants, telling them that the purpose of the study was to test emotional responses to certain types of examination questions. The examination had two parts: reading comprehension and math. The math portion of the test had a fake “bug” in the computer program where the answer would appear after a few seconds unless one tapped the spacebar. The test givers explicitly told the participants to hit the spacebar immediately for every question because of this bug. Of course, the actual purpose of this bug (and the study as a whole) was to see who would and wouldn’t cheat on the test. The math section contained primarily tedious calculation questions, so even mathematically inclined test takers would feel the temptation to “forget” to hit the spacebar.

In order to determine a participant’s conception of God (be it loving or judging), every participant completed the Views of God scale. The Views of God scale allowed participants to rank how strongly the following characteristics applied to their understanding of God: forgiving, loving, compassionate, gentle, kind, comforting, peaceful, vengeful, harsh, fearsome, angry, punishing, jealous, and terrifying. Participants who did not believe in God would answer according to how well these traits described their culture’s understanding of God.

As a final step, Shariff and Norenzayan created a God Negativity Score, which simply subtracts the average of all the positive qualities of God from the Views of God Scale from the average of the negative qualities. From here, the researchers could look for correlations between cheating and a participant’s view of God.

As they expected, those with high God Negativity Scores cheated less often. Belief in God in and of itself had no statistically significant effect on cheating. Interestingly enough, not even religious devotion correlated with cheating. After controlling for sex, ethnicity, personality, and affect the conclusion still held.

As with all psychological studies, this one has its limits, three of which the authors explicitly admit. First, the cheating scenario does not really constitute a pure measure of cheating because of the artificial lab setting in which the participants “cheated.” Second, the connection between high God Negativity Scores and low rates of cheating is at best correlational. Third and finally, the authors only surveyed North American university students, so their conclusions may not generalize to other populations (especially those with different religions).

Nevertheless, in at least some instances, the fear of a vengeful God correlates with better moral behavior. Religious liberals tend to pride themselves in their tolerant religious views and their all-loving God. Yet it seems that religious conservatives, those who believe in a judging God, are the ones who actually act more morally upright. Religious conservatives act wisely precisely because they have the fear of the Lord.