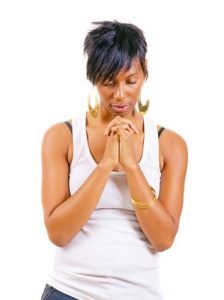 Since 1990, more and more Americans have begun considering themselves “non-religious” (or “nones”). When plotted on a graph, the number of nones skyrockets at around 1990 and continues full steam ahead, making America seem destined for secularity within a generation. Well, a generation has passed and yet America remains quite religious. Sociologists Michael Hout and Claude S. Fischer (both University of California, Berkeley) have reanalyzed the data on America’s waning religiosity and found that what Americans oppose is organized religion rather than religion itself.

Hout’s and Fischer’s new data suggests that religious beliefs in America have remained constant over the past decade, despite the increase in American nones. For instance, the percentage of Americans who believe in God has not changed since 1998: 93%, an astonishingly high percentage. Believers in God and/or an afterlife still greatly outnumber non-believers.

At the same time, their new data indicates that more Americans oppose religion: in 1998, 33% of Americans agreed with the statement that “religion brings more conflict than peace,” and that number doubled to 66% in 2008. Their new data also confirms the older data in that the number of nones has increased significantly.

Why do Americans affirm religious beliefs but disassociate themselves with religious organizations? Hout and Fischer believe the rise of the “Christian Right” in America has created a rift, with conservative religious people isolating the liberals and moderates. As a result, even though liberals and moderates hold to similar (if not the same) religious beliefs (e.g., belief in God), they express negative opinions about religion based on a political connection between conservative politics and church. To substantiate their hypothesis, Hout and Fischer point out that political conservatives identify themselves as belonging to a church as frequently now as in 1988, but political liberals and moderates identify themselves with a church much less frequently compared to 1988.

What, then, is “religion?” Does it consist of beliefs? Of community? Of ritual? Are churched Americans more religious than unchurched Americans? Hout’s and Fischer’s data raise exactly these sorts of questions. While the answers likely do not lie exclusively in surveys and sociological statistics, they do need to account for what those surveys and their data are telling us.

For more, see “Growth in number of Americans citing no religion may be slower than previously reported” in PhyOrg.