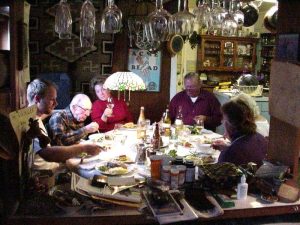 It is often taken for granted that children will just inherit the religion of their parents. Clearly, it seems, nurture trumps nature in terms of religion. In 1990, Neils G. Waller and others (all from the University of Minnesota) dared to challenge this conventional wisdom. They sought to determine whether genetics played a role in religious orientation. Astonishingly, they found that genetics play a decisive role in about half of the variance observed in the measures of religion they employed.

Waller and his colleagues discovered that identical twins, who share the same DNA, answered the religious questionnaires more similarly than fraternal twins, regardless of whether or not they lived in the same household together. More precisely, genetics contributed to about 50% of the variance in these questionnaires. The implication was clear: nature impacts religious beliefs, values, interests, and attitudes.

And what of nurture? While certainly not denying the role of family and culture, Wallace and others question the assumption that “it’s all in the family.” They found that environmental factors of religiosity are often not familial but are more personal in nature. In other words, nurture plays a role but the role family plays may be overexaggerated.

At the very least, this study indicates that neither nurture, environment, nor family have a monopoly on a child’s ultimate religious destiny. Through genetics, destiny itself may have a part to play.